On Tuesday May 24th, 2016 at Milford City Hall State Representative Kim Rose (118th) was endorsed as the Democratic Candidate once again in the 118th House District. Milford Democratic Registrar of Voters Kerri Rowland was also endorsed to run this November.

From a press release on Rep. Rose’s endorsement:

On Tuesday evening Democratic Delegates gathered to choose their nominee for State Representative.

“Kim is a dedicated public servant and a great advocate for Milford in State Government,” Anderson said in a statement. “She is someone who truly loves her hometown and is dedicated to her work.”

Rose, a State Representative since 2011, is a member of the General Assembly’s Joint Committees for Veterans Affairs, and Children, and Vice Chair of the Committee on Housing. She is the Assistant Majority Whip of the House. She is being nominated to serve her fourth term.

“I am honored to accept this nomination. It is my pleasure to serve my constituents and I look forward to the challenges ahead. Whether it’s fighting to stop a recycling facility from opening to our issues with affordable housing applications, I have always stood up and fought for our residents. My constituents know that I am always there for them,” said Rose in a statement.

Prior to serving in the General Assembly, Kim Rose served as Vice Chair of the Milford Planning and Zoning Board, and co-founded the Downtown Milford Business Association.

Her daughter Crystal is a Physician’s Assistant at Manchester Hospital, and her son Casey was a Sergeant in the Connecticut National Guard and a veteran of the War in Afghanistan.

Kim is now the proud grandmother of 9-month-old Cora Lee.

Congratulations to both Kim and Kerri!

Below you may find some photos from that evening: 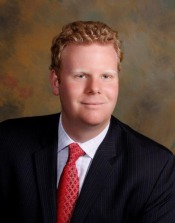 Milford, Connecticut – Benjamin D. Gettinger of Milford announced Monday his intention to seek the Democratic nomination to run for the 119th House seat, which includes parts of Milford and Orange.

“I’ve watched the incumbent over these past two years and, respectfully, believe many of her votes are out of touch with the people of our district,” Gettinger said in a press release. “I decided I can’t watch anymore, I need to step up. The citizens of Milford and Orange deserve a representative who can, and will, provide a moderated voice on issues that are important to us. I don’t see myself as being on the right or the left — I’m in the middle, like most of the people of the 119th”

“I don’t want to decimate state government but at the same time I don’t want it to be too big or overreaching either. I agree with Lincoln, who once said, ‘The legitimate object of government is to do for a community of people only what they cannot do better themselves, and no more.”

Gettinger, who was recently named one of the state’s rising stars as one of, “40 Under 40” by Connecticut Magazine is a local attorney and former chairman of Milford’s Planning and Zoning Board.

“My experience – both in law and as chair of the Planning and Zoning Board, has provided me a unique perspective on how state laws directly affect our cities and our communities,” Gettinger said. “As former chair of Planning and Zoning I was forced to grapple with 830-g applications which deny our community the right to make its own decisions and establish its own character.”

“Ben is one of the most talented, qualified and prepared candidates we’ve seen step up on the local political front in a long time and I know he will be an excellent advocate for our city,” Blake said in the press release announcing Gettinger’s candidacy. “We need Ben Gettinger speaking for us in Hartford.”

A resident of Milford, Gettinger earned his B.A. in economics at the University of Connecticut and his J.D. from Quinnipiac Law. Gettinger has been recognized as one of the top young lawyers in Connecticut.

From a Press Release:

Milford, CT- For only the second time in the past 30 years, Milford taxpayers will see a decrease in the amount of money they pay locally, as the Board of Aldermen adopted a new City budget last night that reduces taxes for fiscal year 2016-2017. Milford’s mill rate, already far less than any of the neighboring communities, was reduced even further from 27.88 mills to 27.84 mills, thereby cutting taxes for both residents and businesses.

Each year, the City of Milford develops a budget which protects our community’s core values by ensuring our public safety departments operate at optimal levels, our public infrastructure is properly maintained, our social safety network is robust, and our schools are exceptional. At the same time, each department is challenged to hold the line on spending and streamline the approach by which services are delivered – guaranteeing that Milford City Government will be more efficient and productive than ever before.

According to Mayor Ben Blake, “we have reduced the costs of operations through thrift. In spite of health care costs, pension contributions, debt service, and contractual wage obligations, Milford has worked hard to mitigate our liabilities while expanding the funding side of the budget with new, non-taxpayer sources of revenue. I am proud of Milford’s conservative budget approach and happy that we are able to deliver this historic tax cut while continuing to provide such extraordinary services to our residents.”