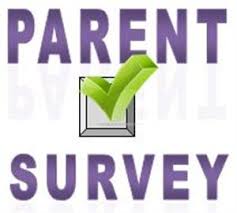 Results from the school district’s first parent survey reveal overall satisfaction with the district, but also concerns in areas such as parent engagement, bullying and use of the budget.

The district this spring sent the 43-question survey to the district’s 5,000 parents; about 44 percent responded. Parents were questioned about the district overall, as well as about their child’s grade level.

“I’m really glad that we did this, and it has provided us with some really valuable information,” said Superintendent of Schools Elizabeth Feser. “It certainly affirmed what we have going on in the schools and some questions and areas of concerns that we will follow through with. It was well worth it.”

Parental involvement, bullying and the budget reflecting student and school needs are areas of concern.

On the budget, the district will consult with PTA groups and seek additional data on specific areas of spending dissatisfaction, including programming, facilities and class size.

Feser said the district will implement a comprehensive survey every three years, but, per state law, will begin surveying parents annually about bullying and school climate.