Federal gun responsibility reforms can only make Connecticut residents safer. Ask your family and friends in other states to call their senators and representatives to support common sense gun reform legislation.

“Some back in Washington are already floating the idea that they might use political stunts to prevent votes on any of these reforms. Think about that. They’re not just saying they’ll vote ‘no’ on ideas that almost all Americans support. They’re saying they won’t allow any votes on them at all. They’re saying your opinion doesn’t matter. And that’s not right,” he said.

Taking a cue from the National Rifle Association, Mayors Against Illegal Guns, the gun control group led by New York City Mayor Michael Bloomberg (I), will release its very own scoring system on Tuesday to evaluate lawmakers’ votes and statements on issues related to guns, the Washington Post reported.

According to WaPo, the Bloomberg-financed group will award lawmakers letter grades from “A” to “F” — not unlike the NRA’s own scorecard, which the pro-gun lobby has used effectively through the years to apply pressure on elected officials.

“For decades, the NRA has done an admirable job of tracking to minute detail how members of Congress stand on gun bills. We’ve simply decided to do the same,” Mark Glaze, director of Mayors Against Illegal Guns, told WaPo.

Bloomberg has positioned himself as the leading gun control advocate in the country, saying last month that he’s trying to “level the playing field” with the NRA. Mayors Against Illegal Guns launched a $12 million advertising campaign late last month intended to pressure senators to support universal background checks. 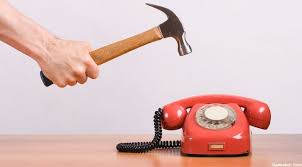 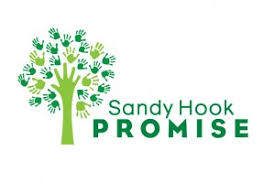 NRA leadership demonstrated yet again last week just how low they are willing to go in their unconscionable effort to block any and all common sense, life saving gun violence legislation. Their most recent repugnant tactic—repeated robo calls to Newtown families—mocks and betrays the courage and compassion demonstrated by the Newtown community just barely three months after one of the world’s most horrific acts of gun violence seized 26 beautiful and heroic young lives.

Less than two months ago at a Senate Judiciary Committee hearing on gun violence, I asked NRA CEO Wayne LaPierre if he would join the tens of thousands of people around the world in taking the Sandy Hook Promise. The Promise is a very simple message. It asks its followers to honor the 26 lives lost at Sandy Hook Elementary School by promising to do everything possible to encourage and support common sense solutions to make our communities and country safer from similar acts of violence. “I promise this time there will be change,” the Promise concludes. Wayne LaPierre agreed to the Promise that day, yet every minute of everyday since then, he and his organization have poured countless amounts of time, money and effort into making that simple promise harder and harder to achieve.

In its relentless effort to defeat the Sandy Hook Promise and block common sense, life saving gun violence legislation, NRA leadership has shown no boundary it will not cross—including injecting its fear-based messages into the homes, the sanctuaries, of a grieving community.

What NRA leadership simply refuses to acknowledge is that, despite their hopes and efforts, the Connecticut effect is not going to fade. In fact, it is growing, and it will not go away until we get the weapons of war off our streets, provide law enforcement the tools they need to enforce the laws on the books, improve the safety of our schools (and I don’t mean vigilante dads and teachers with guns), and strengthen our mental health system. With or without the NRA, we will act.

My message to NRA leadership: Stop these invasive, unconscionable calls. Join the vast majority of Americans and Newtown residents in supporting common sense measures to stem and stop gun violence.

If you agree, join me in urging NRA leadership to cease and desist these inhumane calls by calling them at 1-800-672-3888.