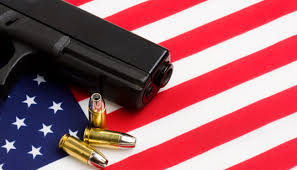 One of the worst feelings that emerges from horrible events like the mass murder at Connecticut’s Sandy Hook elementary school is the sense that we live in a country that has fundamentally lost the ability to protect itself and its most vulnerable citizens from gun violence.

Ironically and depressingly, sales of guns and ammunition has gone through the roof since the Sandy Hook tragedy, and production cannot keep up with demand. So the 300 million guns in personal hands in the U.S. are increasing for sure.

With the mass murders, it is the NRA that is most culpable. The NRA has been transformed from an organization primarily about gun safety to one taken over by gun zealots. The NRA protects the ability of virtually anyone to get their hands on guns, even the most powerful assault weapons like those used in recent killings. This is in stark contrast to the rest of the developed world. For the NRA, “freedom” is now defined as the ability to carry a concealed handgun virtually anyplace.

Like most realities in America where consumers and citizens are routinely victimized, the adage “follow the money” always rings true. The NRA for all intents and purposes is the advocacy arm for the booming gun and ammunition industry, where in turn, some of the top gunmaker companies are owned by Wall Street hedge funds.

Eleven years later in June 2008, Scalia was the lead author in a Supreme Court decision that arguably is the most audacious revision of constitutional doctrine so far in the 21st century — revealing that he was anything but an originalist. In District of Columbia v. Heller, by a five-to-four vote, the Court held that the Constitution’s Second Amendment includes the right of individuals to own a gun at home for self-defense.

Scalia is now [9] the longest-serving justice. He took office on September 26, 1986, the very day that Chief Justice Warren Burger [10], a conservative Nixon appointee also known for literal readings of the Constitution, stepped down after 17 years on the Court. But when it came to the Second Amendment, Burger was the originalist. And not long into his retirement, he became appalled that the National Rifle Association was touting an interpretation that didn’t exist in the Constitution—that Americans had gun rights as individuals.

The Second Amendment reads [11], “A well regulated militia being necessary to the security of a free state, the right of the people to keep and bear arms shall not be infringed.”

Burger became so upset about the NRA line—enshrined at the highest levels of American law by Scalia 13 years after Burger died—that the retired Chief Justice debunked it in a January 1990 article [12] in Parade magazine, distributed in Sunday newspapers nationally. He began by citing the latest facts, 9,000 murders by handguns nationwide, recounted American history and concluded with the Constitution’s Preamble [13], to “ensure domestic tranquility” allowed for new federal gun controls “if we are to stop this mindless homicidal carnage.” He said handguns should be regulated anew.

Burger, no liberal, went further. He told PBS [14] in late 1991 that the Second Amendment “has been the subject of one of the greatest pieces of fraud, I repeat the word ‘fraud,’ on the American public by special interest groups that I have ever seen in my lifetime.”

Read the entire article for an in depth analysis.